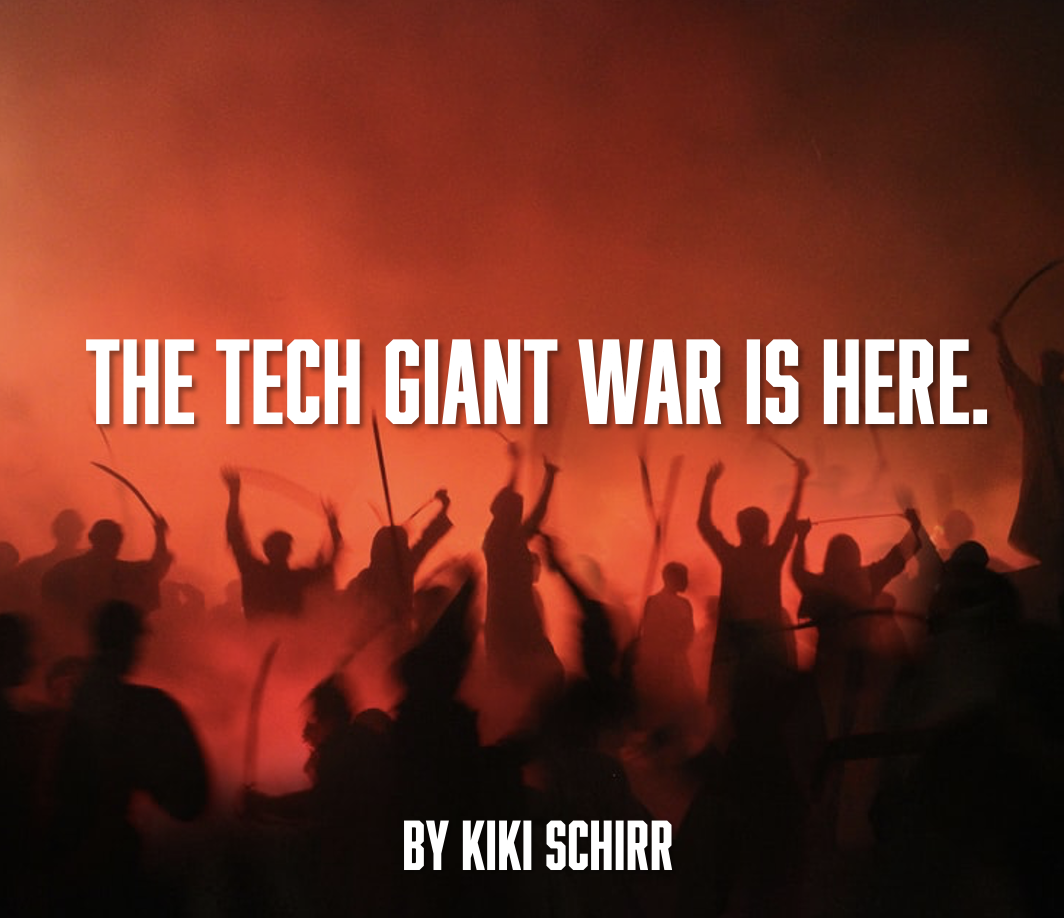 Once upon a time, the tech giants were buddy-buddy. You might even say they acted like family, specifically, the type of family that negotiates illegal salary limits with each other. (Remember in 2015 Apple, Google, Intel, and Adobe had to pay out $415 million for agreeing on wage caps and not to out-bid each other for talent. Developer pay has since rebounded.)

But these happy Cosa Nostra days might be coming to an end.

Apple’s App Tracking Transparency policy, which notifies device users when apps or sites are tracking their data or using their camera or microphone, launched in April of 2021. Although the update undoubtedly alarmed Google, it was Facebook that took out expensive full-page ads in newspapers like the Wall Street Journal, New York Times, and The Washington Post (owned by Jeff Bezos), to decry damage to small business owners and the free Internet. 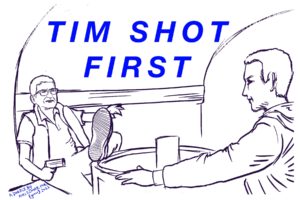 When we look back at this year, we may view it as the first shot fired in the Tech Giant War. Also, I’m not above pointing out that Apple CEO Tim Cook and Star Wars hero Han Solo have the same number of letters in their names.

Quick aside: I don’t mean to suggest this is not an alarming announcement. Apple also intends to blur sexual images sent to children in Messages. Apple Messages are supposed to be encrypted (which means that only the sender and receiver can view the content.) If Apple is scanning for sexting between children, then obviously these messages are not truly encrypted. Anything with a built-in backdoor is vulnerable to hackers.

But the rumor that strangers will be eyeing your grandchildren’s photos is false. And yet, the chatter is there. Attempts to prove whether this chatter is being boosted would be impossible since only privacy-focused search engines were not angry with Apple over app-tracking updates, but now they’re likely angry at Apple’s privacy invasion. So comparing searches by brand won’t work. And should someone try to analyze search and topic surfacing by brand, they won’t get far. These algorithms are notoriously well-kept secrets within tech companies.

This is supposition, of course. It’s too soon to see the effects of recent hostility. But it’s worthwhile to watch the news for signs of escalation. Meanwhile, there’s another force at play. The government.

President Biden appointed Lina Kahn, a leading anti-trust lawyer and professor, to head of the Federal Trade Commission. Amazon is particularly hostile to Kahn since she wrote the authoritative thesis on why Amazon is a monopoly, published in Yale Law Review. In July, he also added Jonathan Kanter as the Department of Justice’s Antitrust Chief. Bloomberg characterized Kanter as a “tech foe” in its headlines.

Big Tech has been putting out these fires for years through massive campaign donations. But despite the PAC pressure, Biden has turned the heat on. One reason is that fighting the growing power of the Tech Giants is something both parties seem to agree on.

While the Big Tech Titans skirmish among themselves, it makes them vulnerable to the all-out attack from the government.

This battle will have huge consequences for content creators and social media marketers.

As the Tech Giant War breaks out, the value of exclusive content will skyrocket. This war will be fought over content and creators.

Amazon-only Kindle books won’t be the outlier, they’ll be the norm. Google and Apple both produce books and might very well boost exclusive content programs of their own.

This year Mark Zuckerberg pledged to spend $1 Billion on Facebook’s Creators program. This focus on exclusive video content from stars who can import an audience is aimed at Twitch (an Amazon subsidiary) and its Partnership Program, which once held a monopoly on live streaming gaming stars. Microsoft once attempted to lure away this talent by purchasing Beam, rebranding it as Mixer, and hiring such talent as gamers Ninja and Shroud. However, citing their lack of market share, Microsoft shut down the service in July of 2020. Facebook might have better odds because they are not only focused on gaming content.

So how do brands thrive in a siloed social media environment? Watch how the battles are evolving and get ahead of it.

If they want exclusive … give them exclusive! Share your video on Facebook. Write books for Amazon. Make short snippets of content in YouTube Shorts. And always keep an ear to the ground to adjust to the ever-changing goals of the Tech Giants.

A few years ago, Microsoft added “time spent on LinkedIn” to CEO Satya Nadella’s bonus structure. That was a big clue as to where content creators should focus to succeed on that platform!

Tp meet this goal, LinkedIn added video capabilities and became the only social feed that surfaces branded content organically. As a result, marketers, business coaches, recruiters, and other personal brands flocked to LinkedIn.

Look at developments on other platforms. YouTube established a creator fund to support Shorts. Amazon has Vella. TikTok launched Stories, which feels redundant, but we’ll bite.

Committing exclusively to a platform is high-risk. Recent launches like Instagram Reels and Twitter Fleets quickly flopped. In the more distant past, many of us were burned by Facebook Notes, Meerkat, Vine, and the ultimate platform failure, Google Plus.

But committing can also be lucrative, especially for creators. Those creator funds are bound to keep rising.

When a social network launches a “new” feature, instead of complaining that it’s just trying to be like another network, give it a shot. Brands are rewarded for being early adopters of new features, whether it’s a bump in reach or simply standing out because the space is less crowded. As the opportunity to be an early adopter of new networks becomes less common, shift the focus to exploring new features on old networks. Your curiosity and creativity will be rewarded and your brand will have another month of relevancy in a constantly evolving space.

The cycle never stops, new opportunities are always popping up.

How to hedge the exclusivity bets

High risk brings high reward and unless you have an unlimited ad budget, exclusivity is the highest payout gamble. Weigh your odds and choose your games carefully, but don’t be afraid to go all-in on a wise decision. The tech companies will reward your loyalty.

Just remember that they will never return that loyalty.

Prepare your brand to hop in the event of platform failure.

The most important strategy is to own your audience. Gather emails, phone numbers, or better yet, set up a private discussion channel on your website or a Discord server. If one of your content platforms tanks, you will have options.

Be good to your customers and community, because they’re the ones that will matter in the end, no matter what happens in the Tech Giant Wars.

Kiki Schirr is a freelance marketer, writer, and former founder who enjoys new technologies. She believes success is a product of luck, tenacity, and chutzpah. You can email Kiki Schirr at her full name without spaces at Gmail. Just remember that she responds faster on Twitter.

The post The Tech Giant War is here, and there are opportunities for marketers appeared first on Schaefer Marketing Solutions: We Help Businesses {grow}.